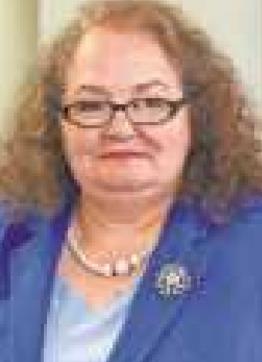 I’ve never been someone who pushed the envelope.

That’s true with things like fashion and other arts like music or movies or really anything. So maybe it shouldn’t be surprising to me that at my age, not really young or old, I’m just now starting to really listen to alternative rock of all kinds.

While not being a trailblazer might seem depressing to some, I like to hang back and watch to see what’s next before we jump in. Last weekend, I jumped into alternative rock with the help of Dave Grohl’s book, “The Story Teller.”

Am I embarrassed to say that when I first saw Grohl and his mother in the “Cradle to Stage” docuseries, I had no idea who Grohl was? Maybe a little bit.

But I was delighted to hear that he had released this book and last weekend I finally got to listen to it. I did this with my music app open and whenever it mentioned a band or artist I was going to listen to the work it was referring to.

It has allowed me to find new favorite music, including songs from Foo Fighters which are now in heavy rotation on my music player. “Learn to Fly” is now one of my favorite songs. And, I now have a better understanding of the genius that was Kurt Cobain.

I didn’t need to go looking for anything on The Beatles or Paul McCartney, luckily. Or many 70s artists that Grohl mentions in the book because I already knew what I would call classical music. Much to my horror, the local classic rock station not only has Sir Paul and his Beatles pals listed on their playlist, but includes ‘golden oldies’ like Bon Jovi and Def Leppard and Motley Crew. Yeah. Talk about feeling old.

Fortunately, I find that music is one of the best antidotes to feeling the passing of time because good music never really gets old. It is up to future generations to discover and love it as it was discovered and loved from the first day of its creation.