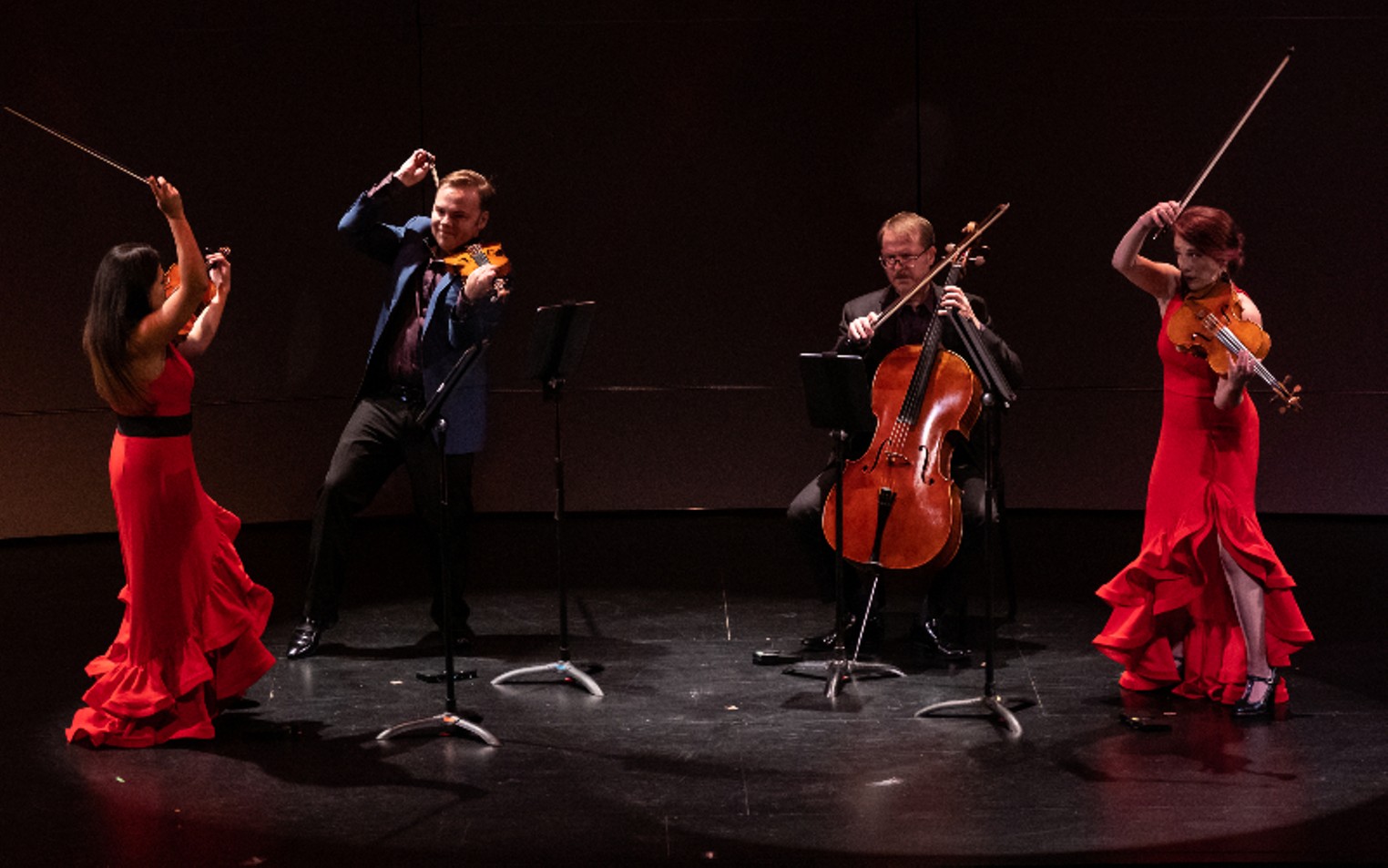 Apollo Chamber Players enters its 15th season with several notches under its belt – five album releases with a sixth pending this summer – plus a few new ones to add – the replacement of its outgoing violist and a Kennedy Center for the Arts debut. spectacle.

Themed “Connective Harmony,” this season is a reminder of all the band has done and continues to do to connect communities and cultures through globally inspired music.

The crystal anniversary season is like a melodic journey around the world in its musical influences with stopovers in Asia, the Middle East and Europe. Apollo Founder and Artistic Director Matthew Detrick predicts that customers will experience the universal language of music as an X-factor merging across the many styles.

“Our season is inspired by the themes of unity, peace, wholeness and musical interests and interdependence. These ideas can bridge cultural divides, and perhaps even political polarization. The arts can keeping us connected in some way. It’s ‘connective harmony,'” he said. “The beauty of art is that people can receive its messages while interpreting them in different ways. ..hopefully in a way that expands them and makes people create more empathy.”

“From my point of view, there is an interest in programming pieces and reaching out to composers with different ideas. I think a lot of that comes from my interest in different genres of music and trying to figure out what classical music means in the 21st century and where it’s going,” Detrick said.

“It all comes down to Houston. I grew up in a town that wasn’t very diverse in Pennsylvania. Most of the people at my school looked like me. Coming to Houston and living in the music business provided a fresh start,” Detrick added. “With all the cultural representation that is in Houston, it’s inspiring. Houston is the city of the future in many ways, culturally.

While Apollo has established itself as a local staple thanks to Bayou City’s thirst for arts and culture, the group is also hitting the road and taking their talents and style to places familiar and new.

The band will return to Carnegie Hall to perform some notable works from their 20X2020 project. Launched in 2014 and inspired in part by President John F. Kennedy’s Moonshot Lens, 20X2020 is an Apollo initiative to commission 20 new works inspired by multicultural and folk music for the ensemble by the end of 2020. .

Apollo will also debut at the Kennedy Center for the Performing Arts in April for a revival of his February 2023 concert, the expansive and multidisciplinary MEKONG: SOUL.

Along with the excitement of a new season and new destinations, Apollo will bid farewell to one of its familiar faces. As previously mentioned, Whitney Bullock, a member of the ensemble for 10 years, is stepping away from performances, meaning the band will spend this season auditioning for their eventual replacement. The team has already whittled down the roster to about two dozen musicians, and they’ll whittle the roster even further as the season progresses.

“It’s really hard to know how anyone is going to work with you in this marriage of four just from videos and such [recorded] media. You really have to work with someone close, and putting together one of our gig projects will give us a good idea of ​​who might be the best candidate,” he said. “It has been very meaningful to know that we have a very attractive overall position open which brings in top candidates from all over the world.”

As a season, however, Detrick thinks the year will be a year of celebration.

“During any kind of major anniversary year, whether it’s with your spouse or with a performing arts organization, the point is to reflect on where you’ve been. You present some of the facts highlights from previous years, but then expand on the ideas and artistry that have shaped the organization is where it lands today and where it is going,” he said.

The 15th season of Apollo Chamber Player is as follows:

Dos Leones ranks in the top 10 of the national contest